As you already know, SSC CGL Tier-1 2016 will commence from 27th August 2016. So, you don't have much time left. Due to the new pattern of SSC CGL Exam, the GK section has become more important than ever. In order to help you, We are providing you the 5th Part of Important GK One Liners for SSC CGL. This time, it covers some important questions of Geography.

You can check other parts of Important GK One Liners by clicking on below given links: 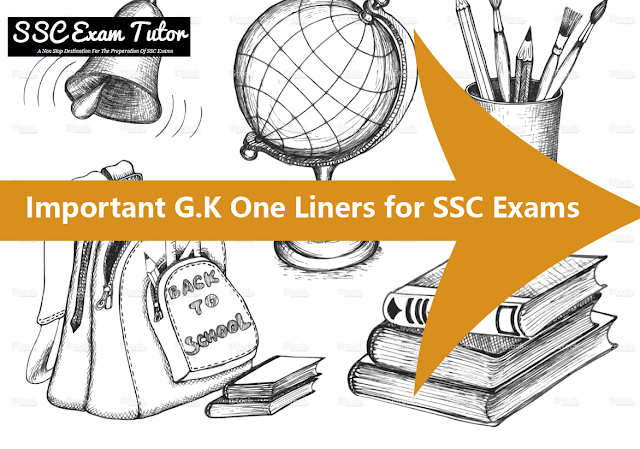 Check other Parts of this Compendium

In GK One Liners