Cube
A cube is three-dimensional figure, having 8 corner, 6 surfaces and 12 edges.

Important Facts
If a cube is painted on all of its surfaces with the same colour and then divided into smaller cubes of equal size, then after separation, number of smaller cubes, so obtained will be calculated as under:
Here n = Number of divisions on the surface of the bigger cube
=(Length of edge of big cube)/ Length of edge of one smaller cube 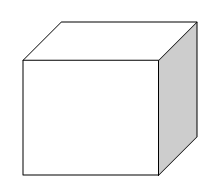 A dice is three-dimensional figure with 6 surfaces. It may be in the form of a cube or a cuboid. After observing these figures, we have to find the different side( opposite or adjacent sides) of the dice.

Dice Formation
A Dice is formed by folding a sheet of paper. These forms may be 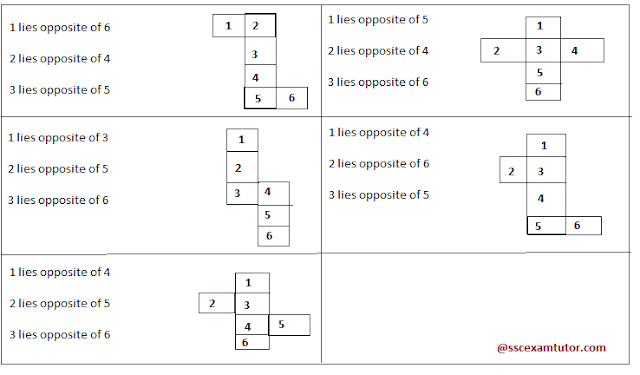 There are two types of Dice.

Rule- 1 : : If two sides of cubes are common( has same numbers or symbols), then the remaining two will be opposites of each other. 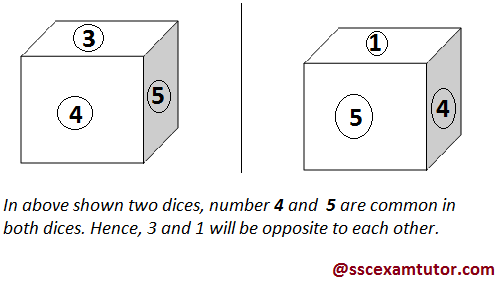 Rule 2: If one side of Dices is common

If one side of given dices are common then list these sides (numbers on them) either in clock-wise or anti-clockwise. Comparing the numbers obtained from both dices will give you the opposite numbers. See below given figure: 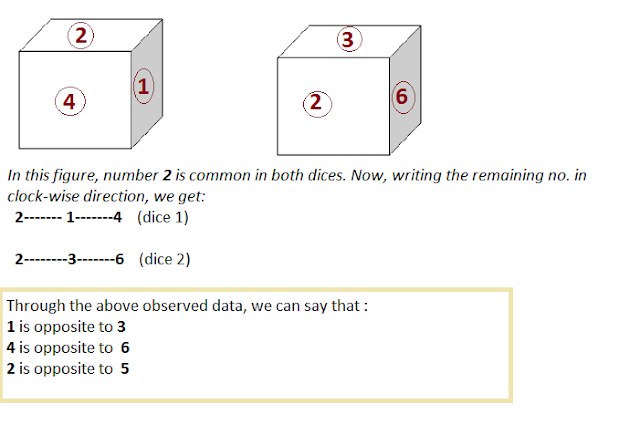 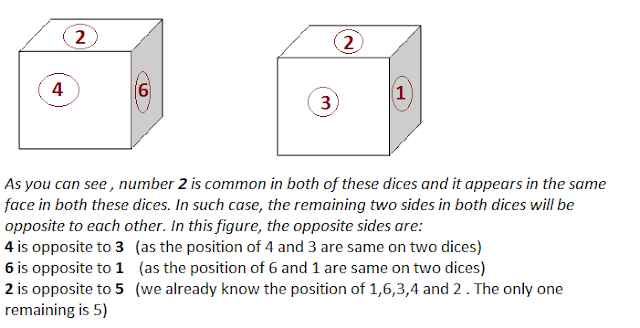 Using the above rules, you would be able to solve all questions based on Dice and Cubes. However, If still have any doubt or query, feel free to ask by posting comments.